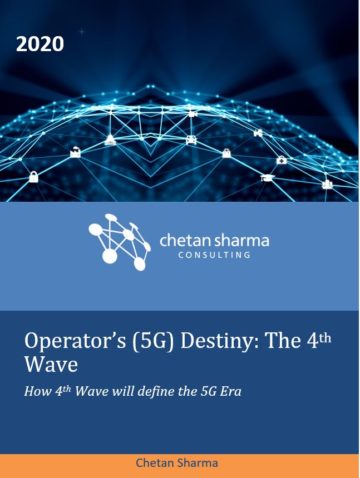 The 2012 paper “Operator’s Dilemma (and Opportunities): The 4th Wave” outlined how the wireless industry is likely to evolve over the next decade. In the subsequent years, the 4th Wave thesis shaped operator strategies around the globe. It has been one of the most remarkable periods of disruption and innovation. The impact of 4th Wave has been far and wide.

In the paper, we wrote,

It is inevitable that the 4th growth curve for the wireless industry is going to bring in disruption in the industry structure, technologies used, revenue models, and at some point, the regulatory framework itself. An operator’s ability to recognize the importance of the 4th Wave in its long-term survival plans will define their role in the ecosystem. Many will fail and get assimilated by the tides of consolidation. But some will move and adapt, either forced by the financial climate or the desire to innovate and launch new services that fuels their growth for the next decade. Indeed, their future will be defined by how they react to the 4th wave of mobile.

Most of the analysis from a decade ago has come to fruition. Operators, who have invested in the 4th Wave have reaped the rewards, are better prepared, and are likely to do better in the 5G cycle that is upon us.