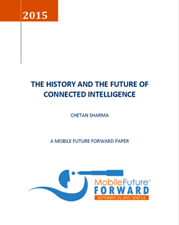 The History and the Future of Connected Intelligence

Last year we introduced the concept of “Connected Intelligence” and how it is going to shape the next era of computing, communications, and technology. While to some this might seem as something new, folks who have been tinkering on the edges know that this evolution has taken place over more than 200 years. The concept of connectivity and intelligence have been around for decades. Early form of communication between two end points has existed since early 1800s. In fact, intelligence organizations in military and espionage have been using the basic techniques for the last two centuries. Even the industrial folks recognized the need for end-point sensors to communicate data of “things” that are outside the constant purview of humans.